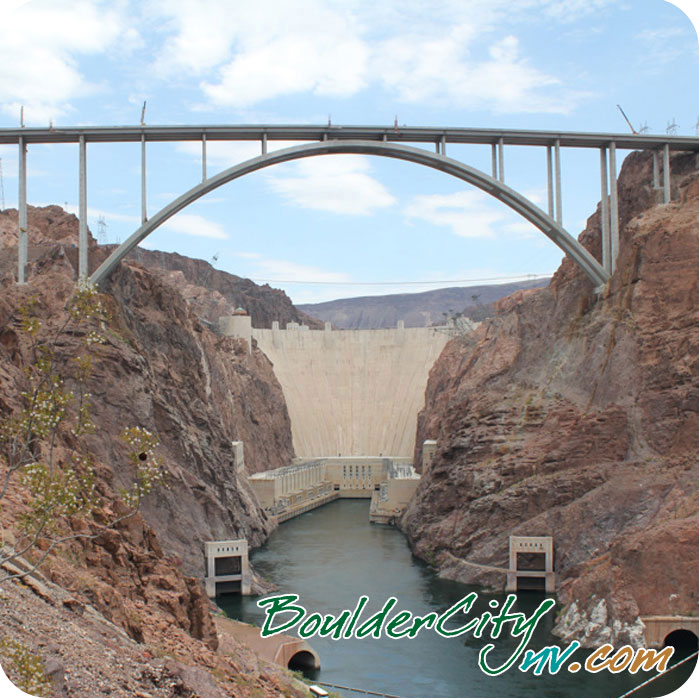 Early in the 20th century, both spring and summer runoff, fed mostly by snowpack in the Rocky Mountains, caused massive destruction by floods along the 1,400-mile-long Colorado River and eroded millions of tons of valuable topsoil for the farms and ranches along its banks. In drier years, the Colorado’s flow slowed to almost a trickle, destroying crops and livestock.

After a series of studies on how to harness the power of this river, the federal government passed the Boulder Canyon Project Act in 1928, just weeks after the election of Herbert Hoover. This authorized construction of a dam and canal to control flooding and supply water to the regions of California, Nevada and Arizona.

Thousands of American workers (unemployed as a result of the nation’s stock market collapse in 1929) packed up and headed West for a job building the Boulder Dam (as it was known until 1947) in Black Canyon, on the Arizona and Nevada border. Before the dam could even be built, the workers had to divert the Colorado River away from the new construction site. They even blasted tunnels right through the canyon walls.

The Colorado River gushed through these diversion tunnels for the next five years while more than 5,000 men toiled in the dry, harsh canyon bottom. They sometimes worked in temperatures above 120 degrees in the shade, for a day’s wage of $4. Officially, 96 people died building the dam (none are actually buried in the dam, despite a legend to the contrary).

The dam, dedicated by President Franklin D. Roosevelt in September 1935, was completed in less than five years – ahead of schedule and under budget. The Bureau of Reclamation started conducting tours through the dam and power plant in 1937. Today, close to one million visitors a year tour the dam. No other politician was as instrumental in the successful completion of this project than Herbert Hoover. A dozen years later, President Harry S. Truman signed Public Law 43, restoring the name of Hoover Dam.

The actual cost of the dam, the All-American Canal, the town of Boulder City, highways, railroads and other work projects, was $165 million. The dam itself had a final price tag of nearly $60 million.

Hoover Dam is the second highest dam in the whole country and the 27th highest in the world. It is 660 feet thick at its base – as big as two football fields end to end. There is enough concrete (4.5 million cubic yards) in the dam to build a two-lane road from Seattle, Washington to Miami, Florida.

The dam is 726 feet tall, almost 200 feet taller than the Washington Monument. The reservoir, Lake Mead, has a capacity of 1.24 trillion cubic feet. During peak periods of electrical demand, enough water runs through the generators to fill 15 average-size swimming pools (20,000 gallons each) in one second. Hoover Dam’s delivery system provides water to more than 18 million people in Arizona, Nevada and California.

Hoover Dam is located just 30 miles southeast of Las Vegas on US Highway 93, right at the Nevada-Arizona border. The local Hoover Dam Visitors’ Center opens at 9 a.m. and closes at 5 p.m. (Pacific Time) daily, except for Thanksgiving and Christmas. 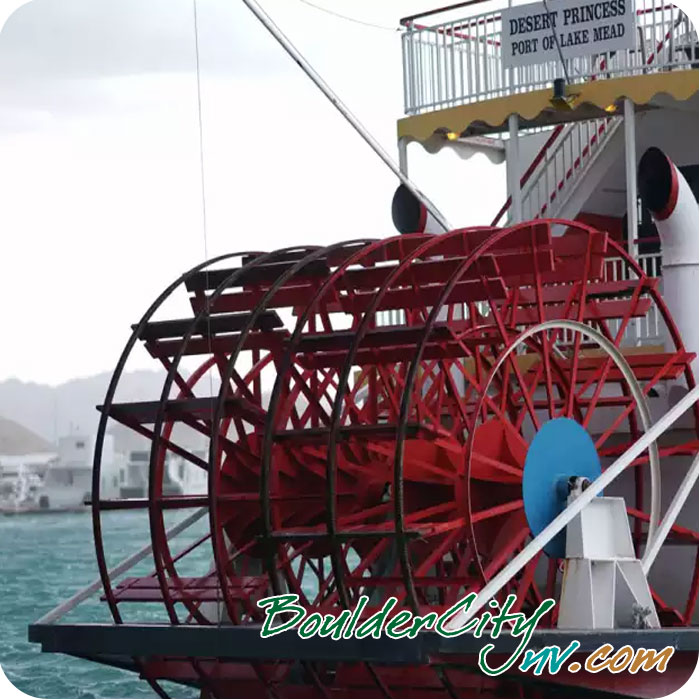 Lake Mead is a lake on the Colorado River, about 24 mi (39 km) from the Las Vegas Strip, southeast of the city of Las Vegas, Nevada, in the states of Nevada and Arizona. It is the largest reservoir in the United States in terms of water capacity. Formed by the Hoover Dam, the reservoir serves water to the states of Arizona, California, and Nevada, providing sustenance to nearly 20 million people and large areas of farmland.

The lake has not reached full capacity, however, since 1983 due to a combination of drought and increased water demand. As of August 2017, Lake Mead was at approximately 40% of full capacity with 10 million acre-feet of held water. It has been smaller than Lake Powell (the second largest US reservoir when both are full) since 2013.

The lake was named after Elwood Mead, who was the commissioner of the U.S. Bureau of Reclamation from 1924 to 1936, during the planning and construction of the Boulder Canyon Project that created the dam and lake. Lake Mead was established as the Boulder Dam Recreation Area in 1936 administrated by the National Park Service. The name was changed to the Lake Mead National Recreation Area in 1964, and Lake Mohave and the Shivwits Plateau were added to its jurisdiction. Both lakes and the surrounding area offer year-round recreation options.

The accumulated water from Hoover Dam forced the evacuation of several communities, most notably St. Thomas, Nevada, whose last resident left the town in 1938.The ruins of St. Thomas are sometimes visible when the water level in Lake Mead drops below normal. Lake Mead also covered the sites of the Colorado River landings of Callville and Rioville, Nevada, and the river crossing of Bonelli's Ferry, between Arizona and Nevada.